Eagles—impressive both in size and for their fearsome beauty—have long been symbols of royal power and have appeared on coins, seals, flags, and standards since ancient times. 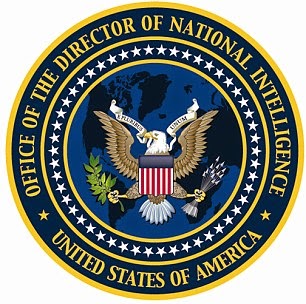 EAGLE, common name for large predatory birds of the family Falconidae (hawk family), found in all parts of the world. Eagles are similar to the buteos, or buzzard hawks, but are larger both in length and in wingspread (up to 71/2 ft/228 cm) and have beaks nearly as long as their heads. They are solitary birds, said to mate for life. The nest, or aerie, of twigs and sticks is built at a vantage point high in a tree or on a cliff in a permanent feeding territory and is added to year after year, the refuse of the previous nests decomposing beneath the new additions. Nests can become enormous, measuring up to ten feet across and weighing well over 1,000 pounds. The eaglets (usually two) do not develop adult markings until their third year, when they leave parental protection and seek their own mates and territories. 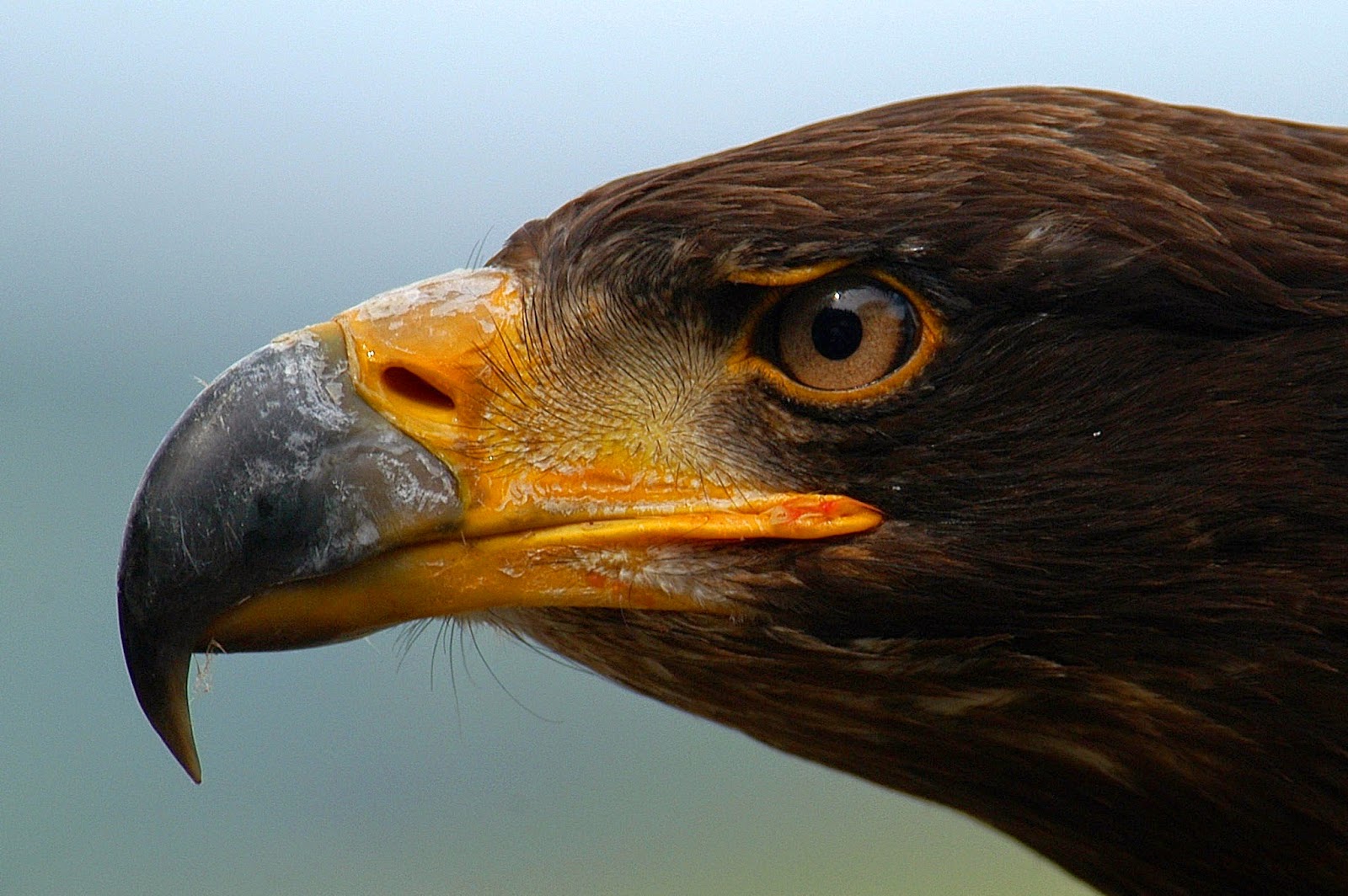 The American bald (in the sense of white, as in piebald), or white-headed, eagle (Haliaetus leucocephalus) is found in all parts of North America near water and feeds chiefly on dead fish (sometimes robbing the osprey's catch) and rodents. It is dark brown with white head, neck, and tail plumage. The northern species (found chiefly in Canada) is slightly larger than the southern, which ranges throughout the United States. With only 417 known breeding pairs in the 48 contiguous states in 1963, the bald eagle population was dwindling alarmingly; a decade later they were placed on the endangered species list. In one of the greatest success stories in species recovery, conservation methods such as the banning of DDT and the prohibition against eagle hunting had by the beginning of the 21st cent. increased the breeding population in the lower 48 states to some 5,000 pairs. In 1995 the bald eagle was removed from endangered status, and in 2007, when there were nearly 10,000 breeding pairs in the lower 48, it was removed from threatened status. The bald eagle (and golden eagle) continue to be protected by federal law. 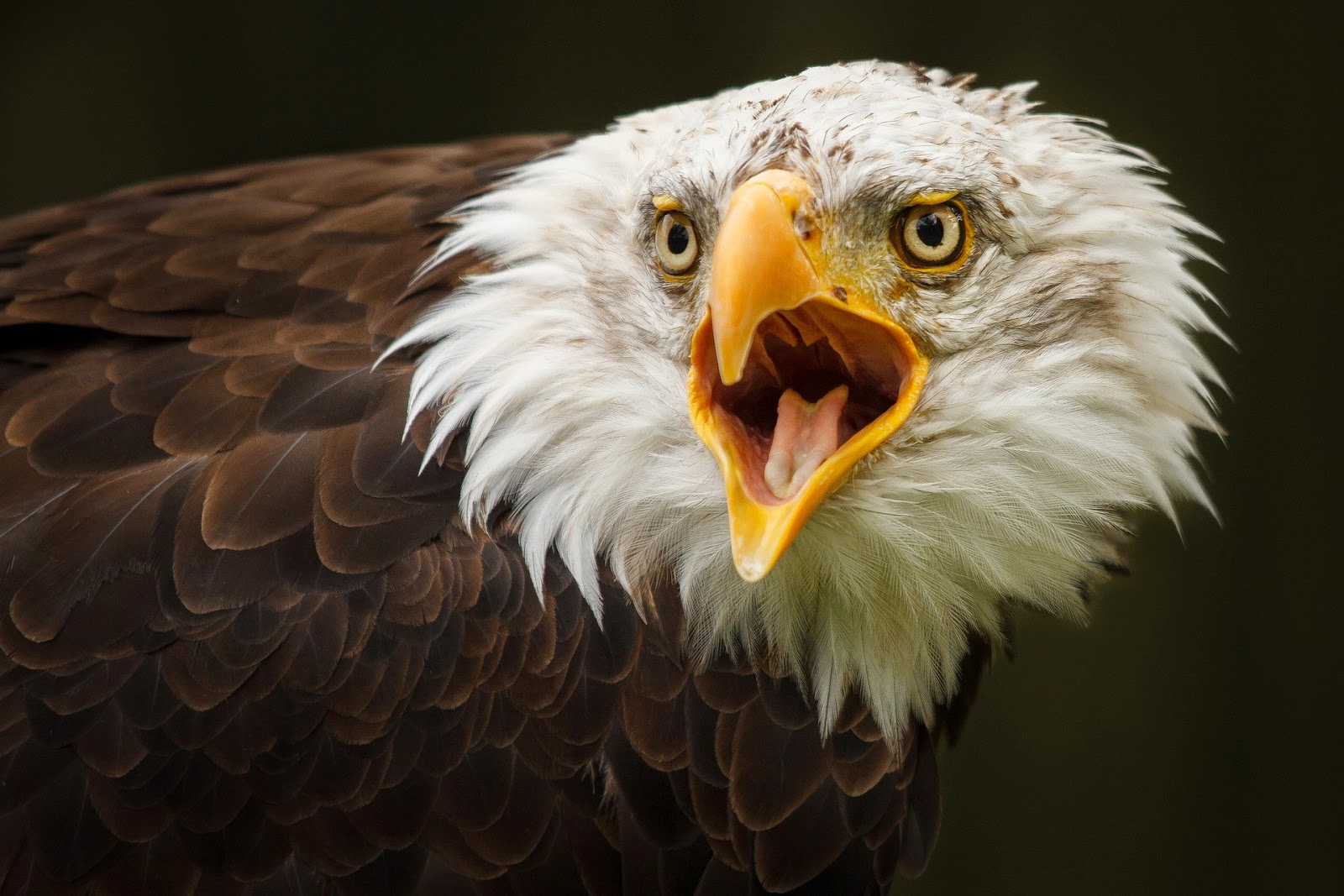 The golden, or mountain, eagle (genus Aquiline - whence aquiline,
meaning  eaglelike) is widespread in the Northern Hemisphere, in the United States found mostly in the West. Unlike the bald eagle, it is an aggressive predator. In Asia it is trained to hunt small game (see falconry). The adult is sooty brown with tawny head and neck feathers; unlike those of the bald eagle, its legs are feathered to the toes. The gray and Steller's sea eagles (also in the genus Haliaetus) are native to colder areas of the Northern Hemisphere; the king or imperial eagle to S Europe and Asia; and the rare monkey-eating eagle to the Philippines. The harpy, or harpy eagle (Thrasyaetus harpyia), of Central and South America, the largest (38 in./95 cm long) of the hawks, eats macaws and sloths. It was named for the winged monsters of Greek myth and was called "winged wolf" by the Aztecs. New Zealand's extinct Haast's eagle, which had a 10-ft (3-m) wingspan and weighed 30% to 40% more than the harpy, was the top predator in the archipelago's ecosystem prior to the arrival of humans. 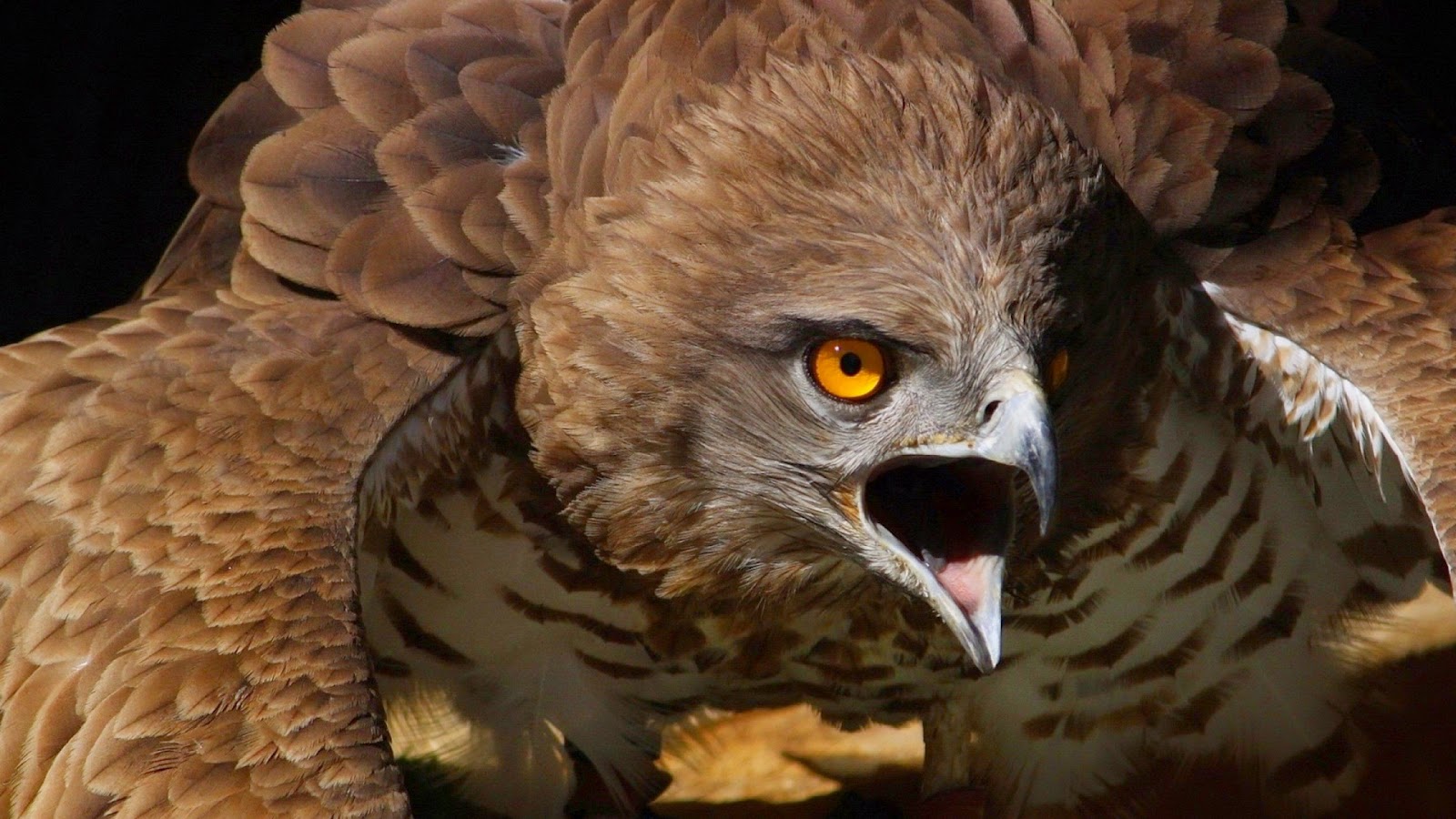 Eagles—impressive both in size and for their fearsome beauty—have long been symbols of royal power and have appeared on coins, seals, flags, and standards since ancient times. The eagle was the emblem of one of the Ptolemies of Egypt and was borne on the standards of the Roman armies and of Napoleon's troops. The American bald eagle became the national emblem of the United States by act of Congress in 1782. In folklore the eagle's ability to carry off prey, including children (e.g., the legend of Ganymede), has been exaggerated; even the powerful golden eagle can lift no more than 8 lb (3.6 kg). 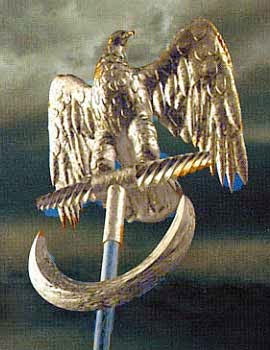 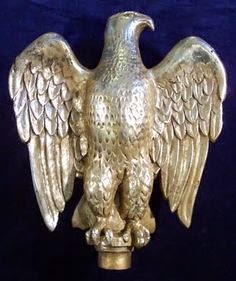 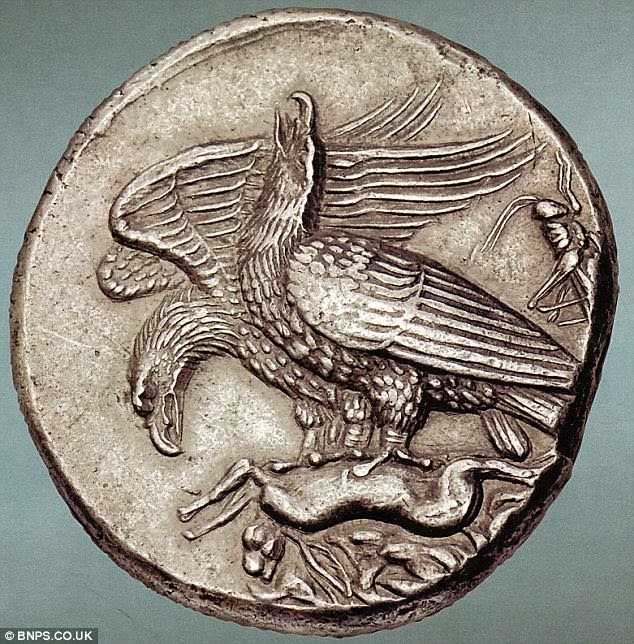 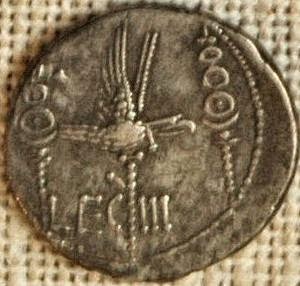 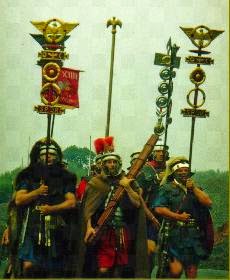 One of the most majestic animals in the world, the Bald Eagle continues to draw an audience of observers and photographers from around the world. Here are 14 pictures that show how beautiful the Bald Eagle really is. 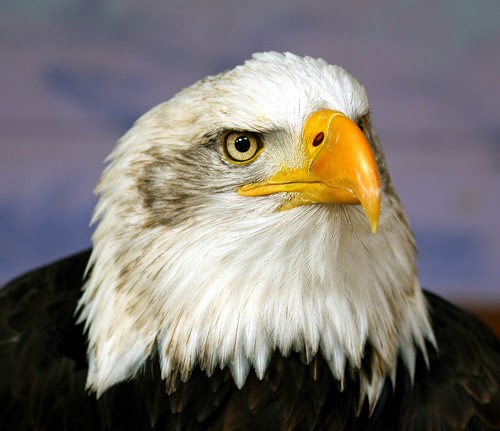 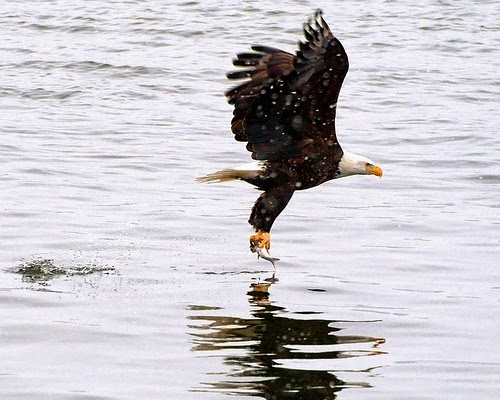 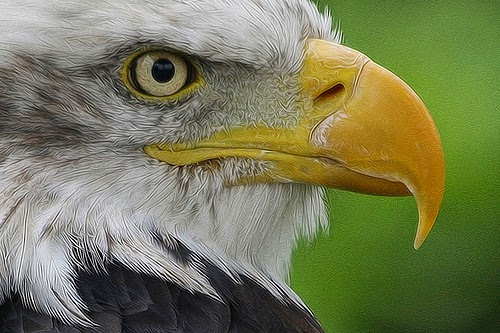 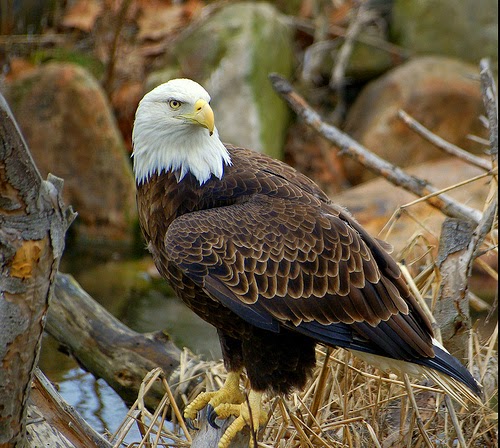 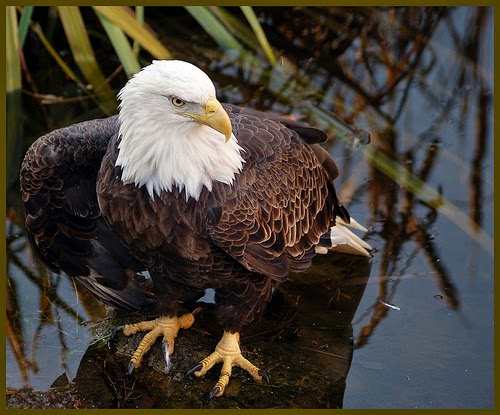 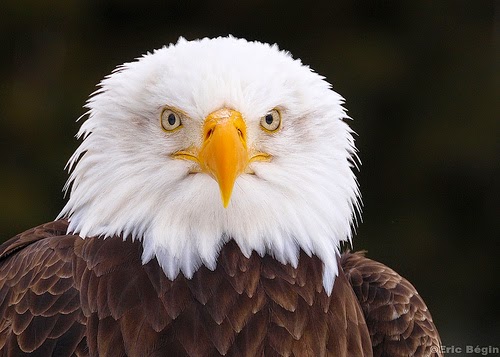 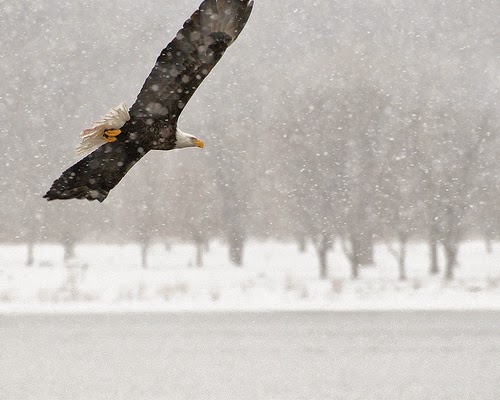 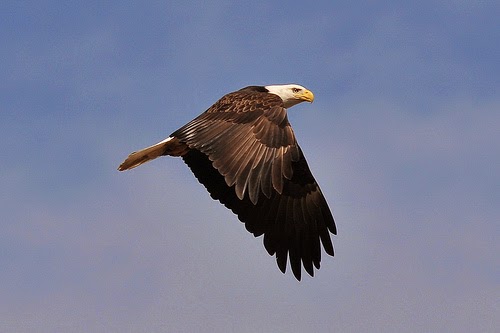 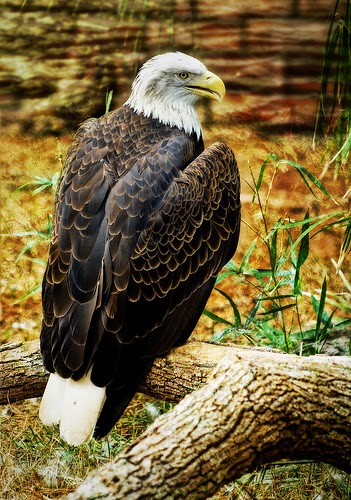 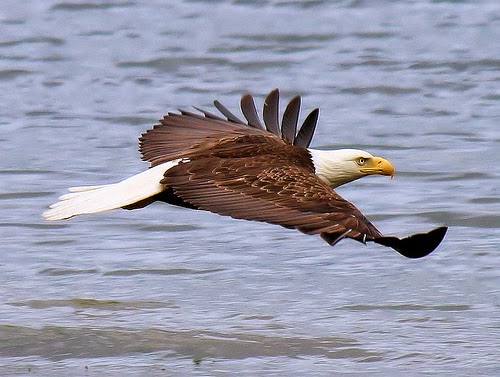 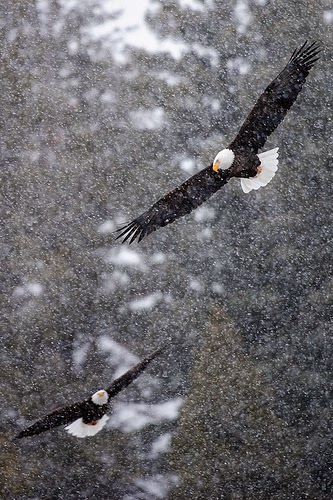 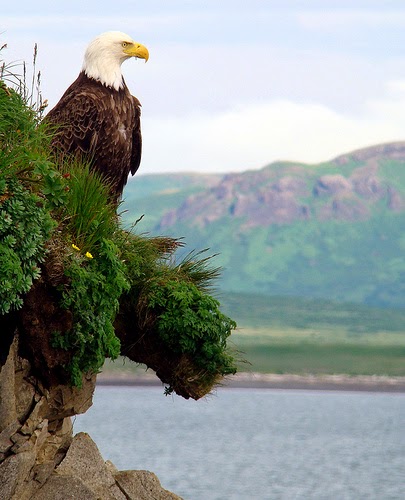 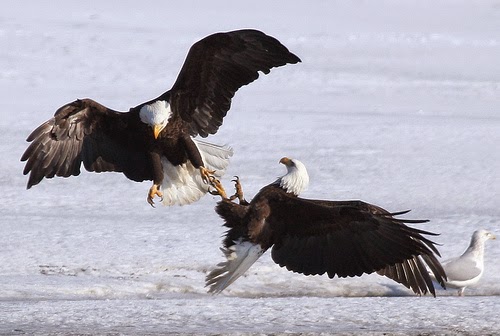 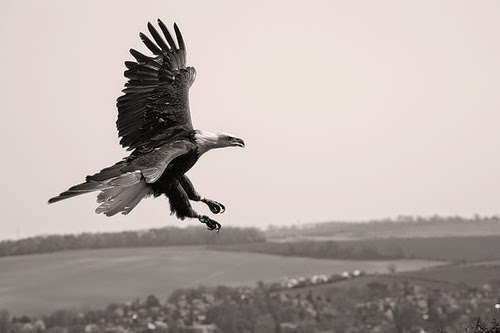 Pic Courtesy: http://photographyblogger.net/14-majestic-bald-eagle-pictures/
Posted by RonMan at 18:44 No comments: