Himalayan eagle inhabits the biotopes between 3000 and 5500m, but some reports its rare descent to lower levels at 1850m due to food searching operation.  It affects rugged, desolate high mountain country with crags and precipices and spores stunted vegetation.  Its flight is directly assisted by powerful wing beat coupled with long glides. 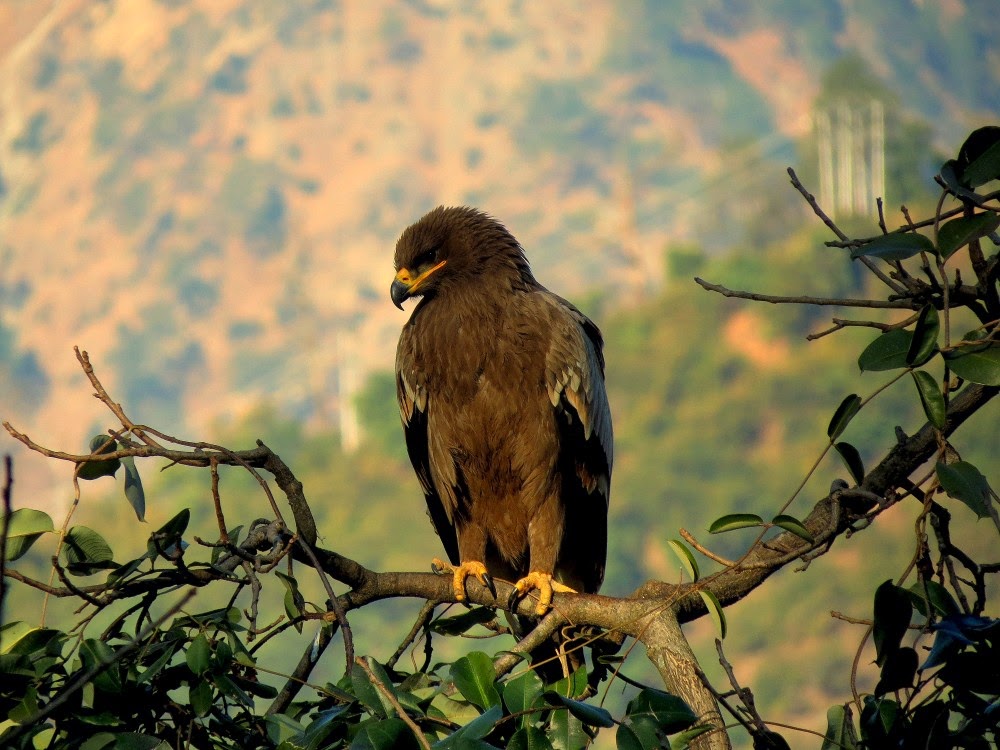 Food habits reveal that this predatory bird prefers game birds and mammals.  The avian food items identified diet of golden eagle is: pigeon, chukor, snowcock, monal and other pheasants.  Nest young feed predominantly on crows, chiefly Corvus maerorhyuchos.  Kinlock (1892) implicated golden eagle as predators of the Tibetan argali lambs and Herptnes et al. (1966) reports of predation of young ibex.  The other mammals killed by these predatory birds are: marmots, hares, pine martins, and fawn of musk deer and ghorals.
Occasionally, new born lambs of domestic sheep and full grown tahr are also victims.  The latter is attacked on the edge of a cliff and hurtled to its death below (Salim Ali & Riplay, 1983).

This graceful eagle is the largest of all the Himalayan birds.  It is large and powerful and readily distinguished from all other birds of prey.  In soaring overhead the broad wings are held wide open in a V slightly above the line of the back, as in king vulture and black eagle.  The feathers of the hind crown, rape and hind neck are lancaolate, blackish-brown and tipped or edged golden or tawny Rufus.  The thighs, upper and under tail coverts and shoulder of the wings are distinctly rough-brown.
The wings are mottled with buff-white.  The tail has irregular bars at the base but the tip is a darker.  The immature bird is a glossy brownish-black with a tawny head and neck.  The female is larger in sized.  Sexes look alike and measure between 90 and 100cm in length. 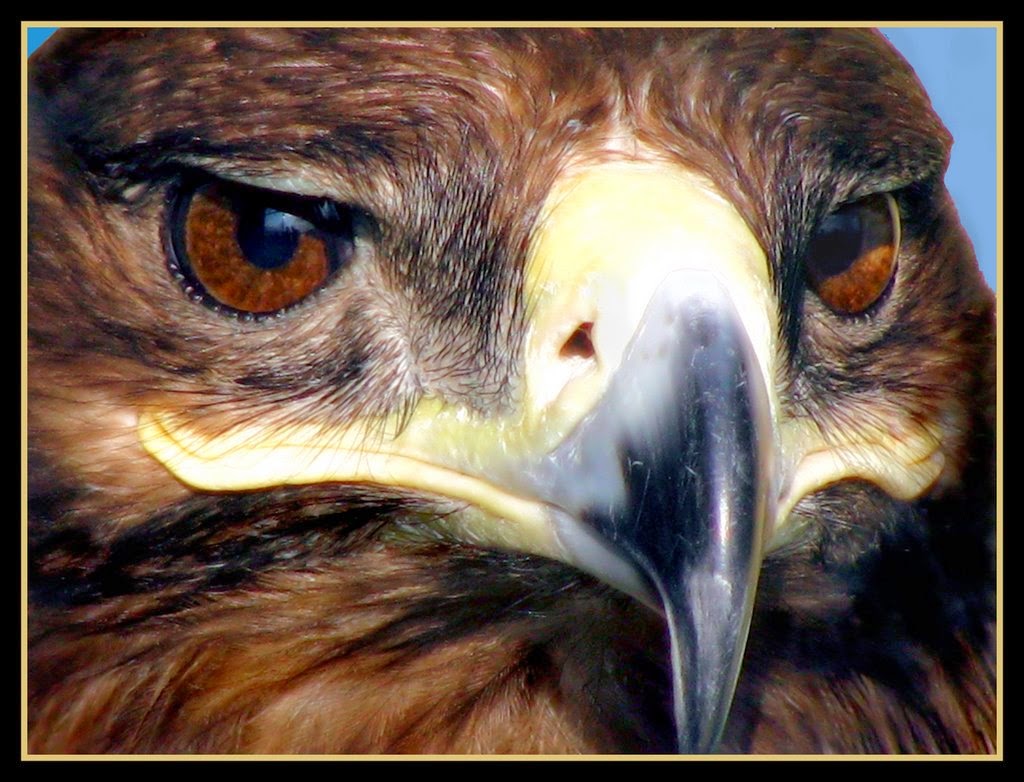 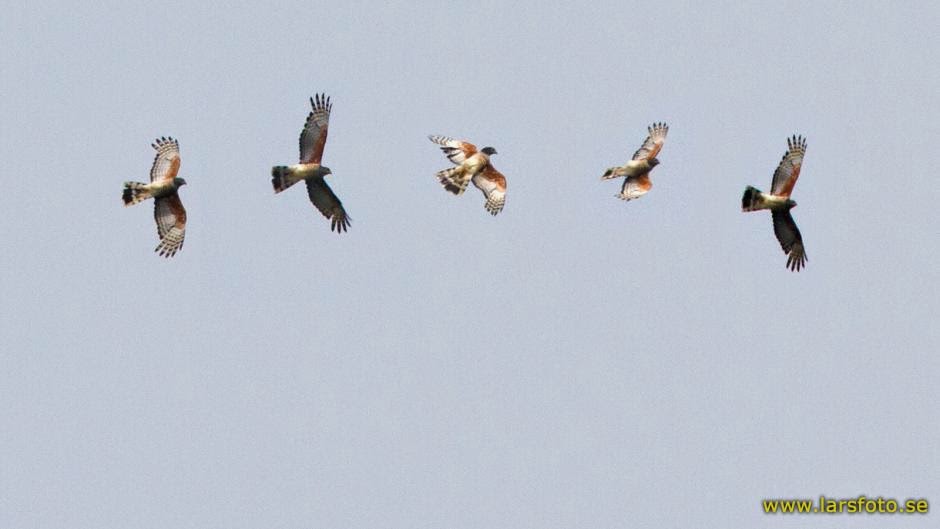 Source: The Internet Bird Collection
DO VISIT http://ibc.lynxeds.com/family/hawks-eagles-accipitridae FOR A DETAILED LIST
Posted by RonMan at 01:27 No comments: